The World’s 5 Most Expensive Motorcycles

We’re used to seeing expensive cars like Bugatti and Mercedes MG, vehicles that cost millions of dollars to buy, and hundreds of thousands of dollars to properly maintain.

But expensive vehicles are not only found in the car world, and there are a handful of 2 wheelers that can just about match the price tag of even the most expensive car, These are unique bikes that are often truly one of a kind, and it’s unlikely that most people around the world would never get a chance to ride one.

Valued at over $1.5 million, the Cosmic Starship is the most expensive bike in the Harley Davidson line-up. The bike was created by Harley Davidson and then painted by famed artist Jack Armstrong, with many of his previous works having sold over $3 million. It’s a bright, colourful machine that’s sure to be the object of desire for many Davidson fans.

This is a limited-edition bike made almost entirely out of titanium and is one of the most expensive production superbikes that money can buy. Not only is it extremely easy on the eyes, but it offers a powerful engine that can get its ride to speeds of 370 km/h.

It’s not a bike that can be bought at the local dealership, but rather needs to be custom ordered directly from the company, something that most people don’t have the time or money to do.

The chopper style of bike is extremely popular, and there are few other choppers that can quite match the Yamaha BMS Chopper, the ultimate tribute to Japanese engineering. It was not designed to be used every day, but rather as a powerful bike with unique aesthetics fit for any serious collector. One of the reasons for its high asking price of $3 million is due to the 24-carat gold that covers the entire bike, along with velvet upholstery. 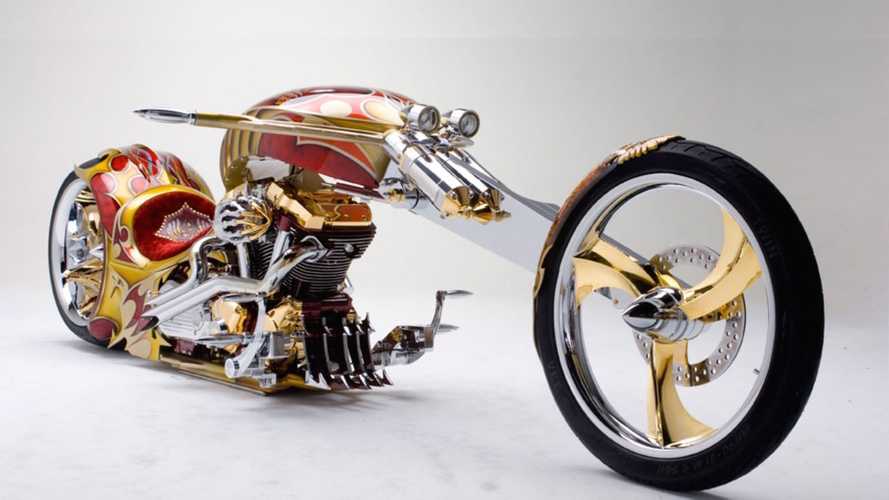 Created in 1949, the E90 Porcupine is a living legend that has been a favourite for decades. Today they’re incredibly rare to find out in the world, and to own one means having to pay at least $7 million. This is because there is a total of 4 Porcupines in the world, as only 4 were ever produced. They’re also famous thanks to Les Graham, who won the world champion in 1949 while riding one.

By far and above, this is the world’s most expensive bike with a value of $11 million, more than most mansions. Neiman Marcus is a chain of luxury stores that can be found in the USA, and they revealed their bike as part of an auction. It began at the auction for just $111,000, but it didn’t take long for the bidding to reach the high millions, making it the priciest bike ever sold.